Buy with monthly payments
Get a real-time decision 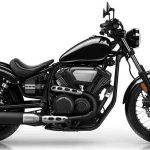 The LED bulb industry has been abustle since the invention of the LED bulb with lumens. What are they? How do they work? etc. We wish to address this here and better explain this technological anomaly.

First let’s start by explaining what lumens are (abbreviated as lm), an lm is the basic unit of measurement for the total quantity of visible light emitted by a source. This is usually determined by positioning a light source within a device called an integrating sphere. Within this device the bulb can be positioned and tested without any interference from external light sources. When the bulb is illuminated light given off by the bulb is scattered and evenly distributed 360 degrees while being able to be measured at every angle. What is given by the lumens detected by this device are what we call our actual or real lumens.

Now what about lumens as shown in advertisements? Well advertisement is exactly that and companies will do most anything to make a buck, even lie directly to your face using technicalities. The lumens as explained on ads are typically what are called the theoretical peak lumen output. This value is based solely on the LED chip data, also called raw Lumen. To better understand what this all means lets use an example.

So yeah this all makes sense from a theoretical standpoint but how do those crunched numbers translate to real-world data? The answer is that it lacks a lot of other factors that contribute to real Lumen output. Most specifically thermal efficiency of an array of LED chips working alongside each other in a sealed headlight housing over a prolonged time. LED bulb size, heat radiating area, working temperatures and other factors are all going to reduce the LED Luminous efficiency. As a result a bulb set that claims 4,000 Lumen may actually only be capable of 1,300 Lumens per bulb.

How does heat effect the output you may ask. Anytime the LED bulb turns on it starts to produce heat, some energy is then turned into heat and as the heat grows the bulb will dim brightness. Once the bulb reaches it’s normal operating temperature an equilibrium is achieved and you see normal operating brightness. This takes anywhere from 5-15 minutes on average. This is the true Lumen output of the LED. The best bulbs on the market achieve this equilibrium at quick speeds, whereas cheaper bulbs will dull over a longer period of run time.

After you start to factor in Lux (the usable brightness focused on a point) with the effective true Lumen output you start to get to the real values. That all said, the best of the best bulbs on the market usually only have an effective lumen rating of 1,800-2,000 per bulb when all this is factored in. Any companies claiming more are lying to your face.

Lumens have quickly become a marketing gimmick, companies regularly trying to 1-up each other in the Lumen marketing game. Throw another 10 LED chips in there and say it now has another 1000+ Lumens despite the fact that the curve changes, the heat increase, and the Lux is altered; the output Lumens as a result is all still the same.

Finally you have companies claiming more and more on their own bulbs by offering “new models” with more Lumens every year to get you to upgrade. Some companies have even begun to offer upgrade programs! It all keeps you continuing to buy bulbs with the promise of more light while the companies secretly know that the real Lumen value will never increase.

What are your Feelings

Still stuck? How can we help?

How can we help?

Your Garage:
Remove from garage
Or search:

Not finding what you need? Reach out and let us know.

This website uses cookies to improve your experience while you navigate through the website. Out of these cookies, the cookies that are categorized as necessary are stored on your browser as they are essential for the working of basic functionalities of the website. We also use third-party cookies that help us analyze and understand how you use this website. These cookies will be stored in your browser only with your consent. You also have the option to opt-out of these cookies. But opting out of some of these cookies may have an effect on your browsing experience.
Necessary Always Enabled
Necessary cookies are absolutely essential for the website to function properly. This category only includes cookies that ensures basic functionalities and security features of the website. These cookies do not store any personal information.
Non-necessary
Any cookies that may not be particularly necessary for the website to function and is used specifically to collect user personal data via analytics, ads, other embedded contents are termed as non-necessary cookies. It is mandatory to procure user consent prior to running these cookies on your website.
SAVE & ACCEPT